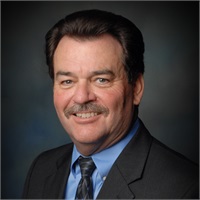 Brian, a Richardson, Texas native and JJ Pearce High School graduate began working as an independent personal financial advisor in 1988 with Primerica Financial Services. Following successful years from 1999 to 2004 at UBS Financial Services, Brian made the strategic decision to move back to the independent side of the business with LPL Financial in 2004 and remained there until 2017. Brian is currently a Registered Representative with Kestra Investment Services LLC (Kestra IS) and holds the following registrations; FINRA Series 6 (Investment Company and Variable Contracts Products), Series 7 (General Securities), Series 63 (Uniform Securities Agent State Law), Series 65 (Uniform Investment Adviser Law), and a Texas Insurance license. He is also an Investment Advisor Representative through Kestra Advisory Services, LLC (Kestra AS), an affiliate of Kestra IS.

Brian attended Texas Tech University and graduated with a BBA in 1979 and a MBA in 1981. While attending Texas Tech, he was a Resident Advisor and Head Resident for Texas Tech Housing and Residence Life. He maintains his ties with Tech through his sons Bryce and Jake, who is currently attending, and by staying active in the Collin County Chapter of the Texas Tech Alumni Association.

Brian and his wife Melinda, married since 1986, make their home in Plano, TX. They have three grown sons, Bryce (Texas Tech '14), Cole and his wife Danielle (Texas A&M '16), and Jake (Texas Tech '18). Longtime members of Prestonwood Baptist Church, both Brian and Melinda are actively involved in Adult III Bible Study and Children's Ministry. Brian and Melinda spend their free time camping, hunting and fishing, and Brian enjoys a round of golf when he can.